The Great Pacific Garbage Patch is a swirling mass of plastic bigger than Trump’s ego.

SLUDGY SINGAPORE: This is the “East Park” of Singapore. Photo Vaidehi Shah /Singapore

You might be surprised, like me, that the North Pacific Gyre is not the issue. It is supposed to be there. The gyre is a large marine ecosystem where circular currents course around relatively still water. This is normal. However, it is the abnormal collection of the planet’s ejected plastic debris trapped in the gyre that really sticks in the craw.

The North Pacific Gyre contains what is sometimes called the Pacific Trash Vortex, a mass of plastic, debris and chemical sludge called the Great Pacific Garbage Patch. But the really bad news is that it is not the only gyre.

It is the biggest of five gyres that all contain various concentrations of marine plastic. A National Geographic article in Natural History magazine (2003) relates the story of the discoverer of the patch in the 1980s, Captain Charles Moore, who says: “It seemed unbelievable, but I never found a clear spot. In the week it took to cross the subtropical high, no matter what time of day I looked, plastic debris was floating everywhere: bottles, bottle caps, wrappers, fragments.”

TIDE IS TURNING: One by one we can start to pull ourselves from the brink. Photo Supplied

The article explains that while these plastics do not biodegrade, they do break up until they are no longer visible to the naked eye. You might sail through these five gyres and notice nothing, but you’re sailing through a murky soup of micro plastics, pieces so small that we couldn’t scoop them out if we tried. But the marine creatures in thee food chain do scoop them up. And they die.

So what’s the answer? Should we recycle? Greenpeace says about 90% of plastics produced are not recycled. The only way is to stop using plastic.

Cape Town surfer Diony Lalieu has started a campaign to help us reduce our use of plastics. It all started at the SA Longboarding champs in Durban earlier this year. Diony was amazed that one use plastic water bottles were handed out daily at the event.

JOHN JOHN PLEDGE: When heros join the cause, it can speed up quickly. Photo Supplied

She realized then that although the ocean is close to surfers’ hearts, our habits do not always reflect an ocean-friendly lifestyle. She decided to create a platform to create awareness among surfers and ocean lovers to make a single change to support the oceans.

“My wish is that if each of us make and commit to a single change in our lifestyle, we will question the need for so much plastic and become more conscious of the choices we make as consumers. So much of what we do is not based on bad intent, but rather, on unconscious habits that we fail to question.”

Later, Diony encountered the Penguin Promises campaign, founded by Gabrielle Harris from uShaka Marine World, and her idea to start a Surfer’s Pledge grew. She explains how. “The Penguin Promises Campaign is based on the premise that if we make one change, like a drop in the ocean, together we become the new tide.”

WE SHALL OVERCOME: Shannon Hughes took the plunge for the Surfer’s Pledge Photo Supplied

When Diony writes that it is easy to become overwhelmed by environmental devastation, I want to high five her. Sometimes hearing this stuff feels like a never ending hum of doom.

“So much of it feels out of our control,” she agrees. “But, rather than sink into a deep ‘eco-depression’, Surfer’s Pledge encourages you to choose one single behaviour, one little thing that you can work on in your own capacity. If we all do a little it will go a long way.”

So you might start small and buy your peanut butter in a glass jar. You might stick the price sticker directly onto the butternut. You might pick up a piece of trash each time you surf, or refuse a straw, or only use non-toxic biodegradable surf gear. Diony has made changes like that.

“I have stopped using all plastic straws, all coffee-cup lids, barely ever use retailer-provided single-use plastic bags (a habit which took a few runs to the car to get used to) and always carry a metal water bottle. Talk about a paradigm shift.”

Do we as surfers, ones who spend so much time in the ocean, have a greater responsibility to give something back? (Alfonso Peters, above, thinks so)

So does Diony: “As surfers and ocean lovers, we spend a lot of time in the sea and are immediately impacted by its devastation. No one wants to surf in a plastic soup with muck floating about. No one wants to get sick from [effluent] that is dumped into the sea.

In a clip from the It’s Not Ok campaign with his brand Outerknown, Kelly Slater also suggests that we have a responsibility.

“We need some sort of shift in our awareness,” he says. “It’s not okay to remain unaware, it’s not okay to ruin the natural world.” But how does signing a pledge help? It’s a commitment.

When he signed his pledge earlier this year in JBay, Shaun Tomson said that “all change is founded on one key ingredient, namely, commitment.”

Diony adds, “Commitment requires courage and dedication. As surfers we are all aware of the commitment needed to launch ourselves onto that big wave and the courage that comes with facing the unknown. When it comes to plastic pollution,” she says, “be bold and try new things. Step out of the habits you never question.”

So, we commit, we take a pledge (like Angela Craemer does, above), but then what?

“For this change to really become intrinsic [we need] dedication,” says Diony. “Commitment on a continual basis. Habits are formed by repeating something … and dedication is what is required to get there. Surfers Pledge has an ever growing data base of pledge signers. The intention is to get hold of them a year later to find out if they remember their pledge and how this promise has started them on a journey.” 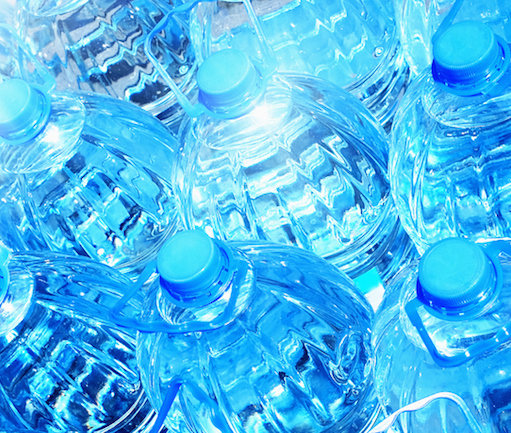