A “beach bum extraordinaire” has teamed up with fellow marine scientists to generate a new wave of ocean stewards.

For those who are truly lucky, there will be that one teacher that makes a life-long impact. Think Dead Poets Society – an enigma in whose class you never fall asleep, where an hour passes in the blink of an eye and whose pearls of wisdom remain ensconced in memory for all times. Such a teacher opens your eyes to unimagined possibilities, pushing you to explore boundaries and tap into an intellectual reserve of curiosity. Professor George Branch is one such rare soul.

Branch describes himself as a “beach bum extraordinaire”. He is the co-author of Two Oceans – an unrivalled field guide covering marine life that inhabits South Africa’s west and east coasts. For marine scientists, students, divers and beach combers, Two Oceans is more than what Roberts Birds of South Africa is to the birding fraternity.

Co-authored with his wife, Margo, Charles Griffiths and Lynnath Beckley, the latest fourth edition is an exuberantly colourful reflection of George and Margo Branch’s passion for communicating the excitement of our marine world.

But what exactly inspired this passion – and all the painstaking efforts involved in identifying, documenting, photographing, sketching and describing more than 2000 species of life that inhabit our shores, from seaweeds, corals and sponges through to whales, dolphins, sharks, birds, seaweeds and even the coastal dune life?

This was among several questions that 20-year old marine biology student, Lethiwe Nxumalo, pondered upon in attending the recent Ocean Stewards Science Session at the University of KwaZulu-Natal.

The session brought together more than 30 marine biology students and a cohort of leading marine scientists, many of whom were once taught by Branch at the University of Cape Town, including Kerry Sink (offshore Marine Protected Areas), Dave Glassom (coral reefs), Shael Harris (larval-fish biologist), Ken Findlay (whale expert), Mandy Lombard (coastal spatial planning), and Jean Harris, the skipper of the RV Angra Pequena research vessel and newly appointed director of WILDOCEANS.

Now working under the umbrella of the Blue Fund – a joint initiative of Grindrod Bank and Wildlands – the scientists are on a mission to equip a new generation of Ocean Stewards with knowledge, mentorship, and experience through taking part in deep-sea expeditions, speaking at conferences and guiding them through post-graduate research projects.

Branch’s answer to Nxumalo’s question is a simple word: curiosity. His fascination with sea life began at an early age. Having grown up in landlocked Zimbabwe, holidays to the sea, mostly Cape Town, were a highlight of his childhood. And like many kids holidaying at the sea, Branch became an avid beachcomber.

“One day after a collecting a bunch of weird looking creatures from rockpools, I had the audacity to take them to the South African museum,” said Branch. “A leading marine biologist, Frank Talbot, looked at all these things in a rather bored way, then suddenly exclaimed: “My God, this sea spider has never been recorded in South Arica before!”. The young George Branch thought to himself: “If I can find something so fascinating to an expert when I’m only nine-years-old, maybe it would be great to become a marine biologist.”

And that he did. While studying at the University of Cape Town 15 years later, George met Margo, but his eyes were elsewhere: on seaweeds, sponges, urchins and limpets – those rock-clinging shells, which, in Branch’s eyes, are a good indicator of the health of the shoreline and a wonderful model for exploring ecological and evolutionary ideas.

“Continually roving over the rocks, eating the microscopic stages of the early life of seaweed, limpets are a regulator. Remove them, and seaweeds take over,” said Branch.

Several years after completing his degree in Zoology and Botany, Branch, in typical beach-bum style, proposed to Margo at the nudist colony of Sandy Bay in the Cape.

And so began a life-long journey together exploring the Living Shores, the title of the Branchs’ next book coming out in February. On her part, Margo has carved a career in marine environmental education, helped establish the volunteer training course at the Two Oceans Aquarium in Cape Town and was part of a team that developed over 60 educational posters that grace the coast. She has also illustrated multiple scientific books and field guides, and received the Stevenson-Hamilton Medal for her contributions to Zoology.

For young students entering the complex world of marine science, George and Margo Branch’s presentations were among the highlights of the 2017 Ocean Stewards Science Session.

While more than 50 Ocean Stewards have been exposed to deep-sea research on board the Angra Pequena over the past three years, the two renowned marine scientists got students thinking and engaging over what’s happening on the rocky shores.

“They are a cauldron of scientific ferment,” said Branch. “No other environment in the world has such a steep gradient of physical conditions as that between the tide marks. Marine life here is visible and accessible, so it’s possible to do experiments that unravel the secrets of interactions among different forms of life.”

“And I got the honour of receiving a signed edition of TWO OCEANS and had my picture taken alongside them. I call that living a dream,” wrote Nxumalo.

“After hearing George’s presentation, we felt assured and happy that we have chosen this career,” added Thamsanqa Nkosi.

Branch in turn believes the Ocean Stewards programme is one of the most dynamic marine science initiatives to have emerged in South Africa. “It offers a wonderful blend of practical, hands-one experience, training in modern survey methods, and the challenge to think for oneself, as well as the joyous personal friendships that breach barriers across age, race and language,” said Branch.

Following the Ocean Stewards Science Session, George and Margo headed out to their favourite place on earth: the living shores, this time exploring rockpools in Mdloti and Umhlanga Rocks.

“We stumbled across a real treasure. In the middle of Mdloti reef stands a pillar of rock, like a giant finger. In its lee is an Aladdin’s Cave – a trove of colourful marine life. This is one of the privileges of life: where-ever you go, there are always fascinating new discoveries.”

Communicating these discoveries to others in talks and books is part of the Branch’s gift to the world.

This story was also published by The Daily News. Click here to view 2017_10_05-A-passion-for-sea-life of published story 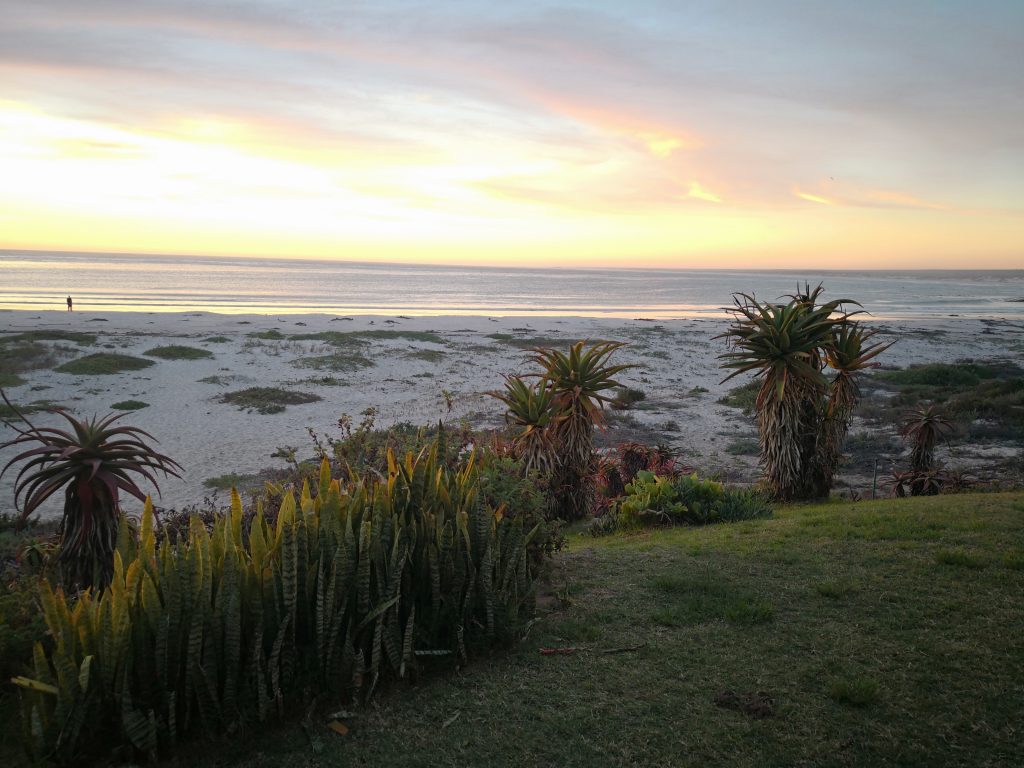 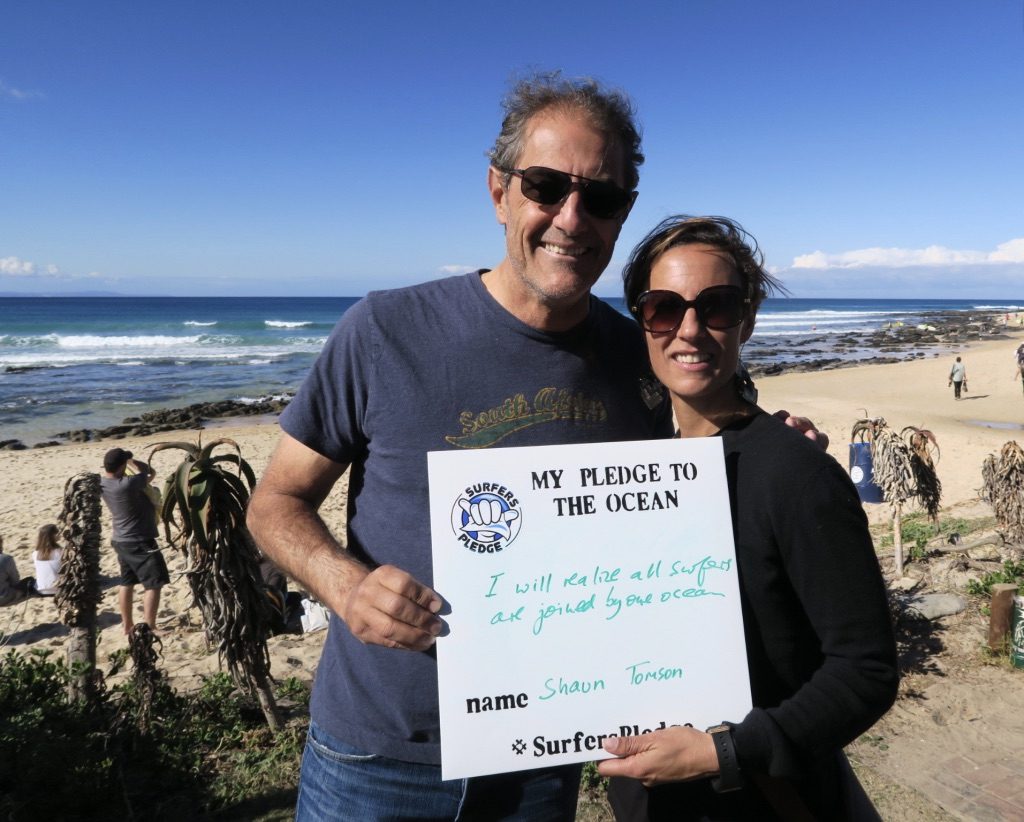 The insurmountable loss of what was then their only child, Mathew, could have been the end of many things, understandably so. Yet, Shaun Tomson, South…